Originally from England, he graduated from the University of Southampton in 1998 with a BA(Hons) degree in History & Politics.

In 2003 he undertook the Graduate Diploma in Law and in 2005 completed the Legal Practice Course, both at Manchester Metropolitan University. He moved to Manorhamilton in 2006 when he joined the firm. He qualified as a Solicitor in 2011 and is involved in all work areas, particularly Residential and Commercial Conveyancing, Probate and Civil Litigation.

A native of Blacklion, County Cavan, John Paul Feeley was entered on the Roll of Solicitors in April 2007.

John Paul practices in diverse areas including Probate and Conveyancing of all types, with a particular interest in transactions dealing with agricultural property and related matters such as Single Payments Entitlements. He also acts on behalf of a number of voluntary groups dealing with the legal aspects of their activities.

In addition to his work in Kelly & Ryan, John Paul has served as a Member of Cavan County Council since April 2007. He also serves as a Director of the Cavan County Enterprise Board. Along with his political activities he is active in a large number of community activities including serving as Secretary of Shannon Gaels GAA Club, Killinagh Community Council and as a Director of Killinagh Community Development Ltd and Dowra Childcare Services Limited.

Claire is a native of County Sligo and served her traineeship at Kelly & Ryan’s Manorhamilton office. She graduated with an honours degree (LLB) and was admitted to the Roll of Solicitors in January 2006. Since this time, she has worked as an assistant solicitor on a permanent basis in our Sligo office.

Claire heads up our family law department, dealing with all issues arising from family law disputes including marital breakdown, custody of children, division of property and related issues

Claire has trained in the developing area of collaborative law, a form of alternative dispute resolution used predominantly in the resolution of family law disputes

Claire also works in a variety of other legal areas including general conveyancing and rectification of property titles, motoring offences and general criminal defence work.

Aisling qualified as a solicitor in 1993 and is also admitted to the Roll of Solicitors in Northern Ireland, having practised there from 1993 to 1997.

Aisling has particular expertise in taxation, estate and succession planning, probate and administration of estates; she gained considerable experience in these areas while she practised as a specialist tax consultant with the largest accountancy firm in Ireland (initially in Belfast and subsequently in Dublin). Born in Kerry but “adopted” by Galway, Aisling completed her BA and LLB degrees at University College Galway (now NUIG) and she also holds a first class honours Masters degree in law from The Queen’s University of Belfast and a Diploma in Property Tax from The Law Society of Ireland. Aisling is a member of STEP (the Society of Trust and Estate Practitioners).

While in Belfast Aisling was a part time lecturer in employment law with The Queen’s University of Belfast and tutored in succession law and taxation with the Northern Ireland Institute of Professional Legal Studies. She was also at that time a sub-editor of the Bulletin of Northern Ireland Law.

In an agency capacity, Aisling acts for many firms in Northern Ireland, Britain and other jurisdictions in administering estate assets in The Republic of Ireland and in advising on the complicated issues of double taxation and international tax planning 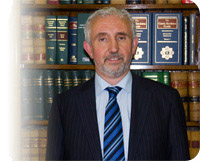 A native of Sligo, Noel qualified in 1983 after graduating with a BCL Degree with first class honours from UCD. He has practised all his professional life with Kelly & Ryan. He has an interest in all areas of law and has acted in the past for a wide variety and diversity of clients.

He has acted in the past for such specialist bodies as the Sligo Harbour Commissioners (before their recent abolition) the North West Regional Fisheries Board as well as for local businesses and companies.

He has a large Private Client base and has considerable experience and expertise in dealing with every day transactions such as accident claims, buying and selling all types of property, preparation of Wills, administering estates, representing parties before tribunals and at arbitrations as well as in all courts. 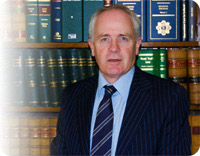